Google has announced a wide range of new features to its Google Maps. Now, Google Maps is going to have more improved navigation. It is rolling out a new Google Map Update, including toll prices, a detailed street map, and better navigation. Now, you can plan your drive efficiently with a more detailed map; this also helps save money on highway tolls.

Google Map will soon show the estimated toll price to your location. They take information from local tolling authorities about the cost, payment method, and toll price expected at the specific time; this makes the information more accurate and reliable.

This feature stops the hassle of asking about the routes to the people stopping the car at the midway. It also makes traveling smooth and more effortless showing you the most convenient route.

With this update, Google Map will also show the regular road; people can choose any route according to their comfort. If you are not looking for a toll route, you can also select “Avoid tolls” on Google Maps.

Google is now adding rich detail to its Google Map. Its new Google Map Updateallows users to view a more detailed map. If you are going to explore a new location or drive to a new place at night, this feature of Google helps you out. You can see the stop sign and traffic lights along your route. You can even see the enhanced building outline; select cities give you the information on the width of the road, shape of the road, Etc. This feature gives you an idea about the roads, highways, etc. and helps you find the best route without any confusion.

New Widget: With this new widget, users can access Google Maps directly from the home screen. The widget allows you to pin trips and access them from the home screen with one tap. With these features, you can see the suggested route, arrival time, and departure of that particular trip. This feature allows you to view the map for your destination easier. You can even pin multiple trips to this new widget.

Google Maps on Apple Watch: Soon, users can find Google Maps on their Apple Watch. Users can access and navigate the Google Map directly from the Apple Watch; there is no need to use your iPhone. You need to tap the shortcut of the Google map, and it starts navigating. You can even add the features of “Take me home” to your maps to navigate location directly to your home.

Get directions with Siri: The new Google Map Updatenow allows users to get directions through Siri. You need to give the voice command to the Siri, such as “Hey Siri, get directions. A helpful feature when you are on-road driving or doing meaningful work.

Google always tries to improve its products and add new functionalities. Google will roll out many valuable features to its Google Maps. These new features will be available this month and slowly roll to other countries. To get the new Google Maps Update, you need the latest version of Google Maps. You need to update the older one with the new one to benefit from these valuable features. 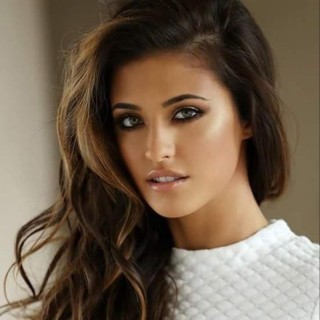 I am a student, web developer, and software engineer currently living in United States. My interests range from entrepreneurship to technology. I am having an experience of more than 6 years in field of Information Technology.